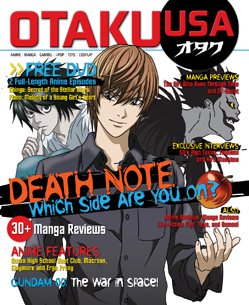 Reminds me to watch:

Cobra The Animation – I loved what I read of the sci-fi manga, so I can’t wait to see it animated!

Claymore – saw less than a handful of episodes, yay female warriors, hope they bring out a second series.

Death Note – I was gripped by the first dozen episodes, I know from the fandom surrounding this that it won’t disappoint me, ditto for the manga and films.

Devil May Cry – I vaguely remember being impressed with the stylish violence in the first few episodes, the trailer and has many, many, guns!

Ergo Proxy – I have a bad habit of refusing to watch the end of series that, to me, are masterpieces. Need to deal with things ending and finish this along with Monster, Blood + and Mushishi!!

Gundam 00 – I didn’t really get into it in the first part, but I do like the huge lift to space and Gundam fighting to stop all war whatever the cost. Now that Votoms Pailsen files is over I need to check this out, and watch all of FLAG.

Super Dimension Fortress Macross – I get the sneaking suspicion I’d enjoy it more than Macross Frontier. I need retro sci-fi in my life, and lots of it!

Reminds me to read:

Gankutsuou – I was interested in this when I previewed new manga, and after seeing the contents in a shop I’ll happily purchase this out of curiosity.

Ghost Slayers Ayashi – I loved the artwork in the anime, hoping to love the art in the manga too. The episode of the anime about the Mountain God was memorable, I wonder how the manga compares.

GOTH – another title I felt looked promising (anything horror-ish gets my hopes up!), and since Tokyopop recently sent it to me to review I can’t wait to read it!

GTO – I’ve read the first volume and was blown away by the random violence mixed with humour. Volumes 2-5 are sitting on my manga book shelves; it’s a crime not to read them really!

Black Jack – got the first two volumes to review, bought the dvd release years ago but never got round to watching it. Seems like I need a Black Jack evening :)

Speed Grapher – because I’m pretty sure I loved the anime, well, the part that I saw sober anyway…the rest is a bit of a blur.

If I was rich:

A Yoko Gurren Lagann figurine, there are so many, which is the best?!

I’d own a car with Junko Mizuno artwork on the side, or, Tsutomu Nihei, maybe get all artsy pretentious and stick on some Sengai Zen ink. Forget ugly handbags, It would be like the ultimate otaku handbag…but with wheels.

I’d probably get one of those Battroid Valkyries to see what all the hype is about and then customize it to make it very girly and probably glow in the dark. 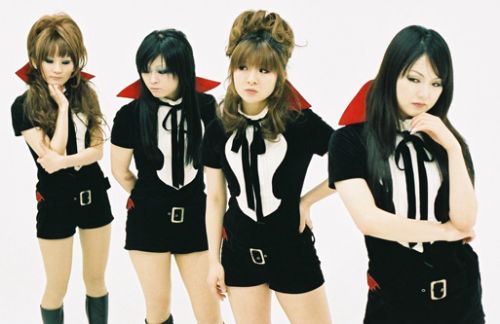