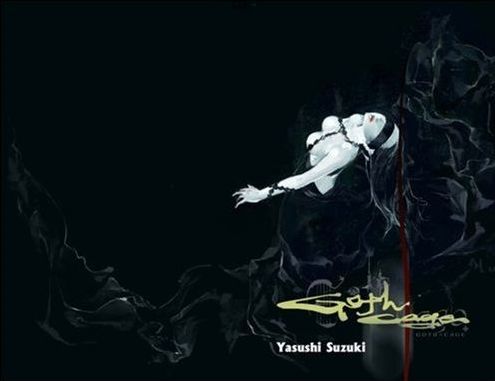 *EDIT – Orbital Manga London will be selling Haruhi manga on OCTOBER 18th – yes that’s 10 days before everyone else! First 20 people on the day get a free goody bag!*

All You Need Is Love – DMP

The Legend of Zelda – Viz 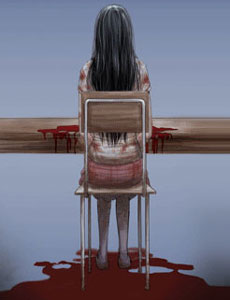 The Arina Tanemura Collection: The Art of Full Moon – Viz

The Art of Bleach – Viz

The Art of Studio Gainax: Experimentation, Style and Innovation at the Leading Edge of Anime – McFarland & Co Inc

Astro Boy and Anime Come to the Americas: An Insiders View of the Birth of a Pop Culture Phenomenon – McFarland & Co Inc

Bat-Manga!: The Secret History of Batman in Japan – Pantheon

Goth A Novel of Horror – Tokyopop

Solanin is a manga to get excited about. There are a lot of fans who rave about this slice of life about a young couple; a graduate office worker, and a poor illustrator struggling with life. I imagine this is something most people in their twenties can identify with and therefore is one of my most highly anticipated releases.

Mao-chan seems all about cuteness! Cute girls have to defend the Earth from cute aliens – will the cuteness win you over or make you run away?

Hopefully Blank Slate will add a new spin to a character with memory loss. It is only 2 volumes long so readers won’t have to wait long to discover Zen’s forgotten identity.

In Nora a devil is cast out of hell for being disobedient, just what type of fantasy will this be? Will he learn his lesson living among mortals? I wonder what his vicious dog of disaster form looks like! Astral Project is a supernatural story that might not usually jump to my attention, however it is written by Garon Tsuchiya, who wrote Old Boy. B. Ichi is a superpower story with a catch – the ‘dokeshi’ must do a good deed everyday, but will he get bored of being good?

The Legend of Zelda is most likely aimed at a young audience with an All Ages rating, but it’s an opportunity for all fans of the fantasy game to be taken back into the world of Zelda in the Ocarina of Time. If you’re hungry for more fantasy, Classical Medley is a fantasy adventure to save a kingdom from evil – the moondragon looks ever so cute! In Kyo Kara Maoh a boy is pulled into a fantasy world through an unusual portal…a toilet!

The Death Note Box Set contains all 12 volumes of the manga as well as a 13: how to read and fold-out book marks. Anyone wondering what to buy their death-note-anime-loving-friend for Christmas now has their problem solved, it comes in a very attractive box, a must for any Death Note fan!

Judging by the number of excited Haruhi cosplayers at recent expos, the only frustrating thing about Yen Press’s publication of the manga is they will have to wait until March next year for volume 2!

Anyone who enjoyed the Fate/Stay Night anime can soon enjoy the manga from Tokyopop.

Papillon seems the girliest shoujo title this month, about twin sisters with opposite personalities coping at school, will they end up falling for the same boy? I vaguely remember watching the school anime, Hitohira, last year and finding it funny enough to make me smile, so I’m sure the manga version will lift a few spirits too.

Go! Comi release Angel’s Coffin, a shoujo with a twist. A girl frees a god who was trapped in a book, but it’s all doom and gloom as he is cursed to bring misfortune to whoever frees him, will she ever find true love? In Bound Beauty a girl can see the red string that binds lovers together, but her ability comes with a catch, she turns into a child!

Just when you reach out for some Halloween reading, Tokyopop give you the novel version of GOTH. It promises to take you to a whole new level of fear! I am more excited about Goths Cage from DrMaster. I want to be transported to a wickedly wondrous world of gothic glory! The cover art is simply gorgeous and even though it is just 32 pages, it is one of my most highly anticipated releases this month. Just when I don’t think it can get any better, Udon release a Korean horror comic for girls, Reading Club. *Squeaks in excitement.*

Whatever you think of American manga, the cover for Warrior Nun Areala is pretty sexy, and Vatican warriors protecting their church and mankind might appeal to fans of Trinity Blood. Also from Antarctic Press, Gold Digger Tangent sounds action packed, and I’m quite intrigued by the were-cat law enforcers and ‘evil death-wabbits’!!

Manga Jesus makes me wonder how an artist slid from drawing Judge Dredd to Jesus… I am curious as to how manga fans react to Christian manga. Wish you could make it all spontaneously combust with your eyes? Can’t get enough of it? Want all the other religions to join in?

The idea of Bat-Manga might make you giggle (imagine Batman talking in Engrish!), but in all seriousness this book sounds intriguing. There must be lots of Dark Knight Batman fanboys and girls who want to learn more about the global phenomenon of Batman, count me in! I can’t wait to read hundreds of pages of Bat-Manga, translated for the first time, and see photos of vintage Japanese Batman toys. As if that wasn’t enough Batman joy for one month, it retro isn’t your thing, why not try a modern Japanese Batman: Deathmask manga from CMX?

Cinema Anime certainly sounds promising, “some of the first scholarly work on several challenging and noteworthy anime that have not received enough academic attention up to now“. I wonder which anime they will be, and what it has to say about Serial Experiments Lain and FLCL. The book considers gender identity, anxieties about body mutation, technological monstrosity and apocalyptic fantasies.

The Art of Studio Gainax is a must for fans of Neon Genesis Evangelion. What was Gainax’s impact? What were the controversial endings and unpredictable plot twists? What impact has it had on the world of anime? Gainax has animated a vast range of anime from Oruchuban Ebichu to Gurren Lagann – I wonder which series they focus on in the book.

Udon has released the sexiest art book this month with Darkstalkers… just look at a preview of what’s inside! Sexy seductresses indeed!

Although I didn’t grow up in America, it will still be interesting to see how anime arrived in the form of Astro Boy, Sailor Moon and others, in Astro Boy and Anime Come to the Americas.

If fans of Code Geass are unsatisfied watching the anime over and over, the Code Geass Novel seems to be the written version of the anime, I wonder if it will be exactly the same story or differ in any way? Would fans prefer an exact novelization of the anime or a spin off story/prequel/sequel?

Bleach fans excited about The Art of Bleach will be pleased to know there is a free poster (to add to the small Bleach shrine?). It is notable that the Dragon Ball Illustrations is twice as long, and also contains a free poster. A third art book from Viz this month is The Art of Full Moon and although it is only 68 pages long, the series art looks incredibly cute.

Gotta catch ’em all? Well at least kids don’t have to memorize them all with The Pokemon Pocket Guide the first of 2 guides to the 491 Pokemon…expect lots of stats and abilities.

Yaoi fans have plenty to choose from as usual! Sighing Kiss (a school love triangle -Â  loving the cover art for this one), Vampire’s Portrait (an artist desires the vampire he is painting), Stop Bullying Me (confused school crushes) Barefoot Waltz (failed love confession given a second chance), Passion – Forbidden Lovers (the novel that the manga was based on), Lover’s Pledge (never sell yourself to a man for $10,000 when drunk!), Physical Attraction (one-way love at college), The Guilty (a mystery author uses his fan’s body as motivation to write his book), Love Quest (the only way to survive a fantasy world is to kiss), Meeting You (school boy must pass trails of love to win affection) and All You Need Is Love (unhappy bank worker given a second chance at love). There is even an American style manga from Go! Comi with a shounen ai theme called Masque of the Red Death. Surely any yaoi fan has something to get their pulse racing. The 9 Lives is suggestive of shounen ai, I’m guessing fangirls might get hot around the collar thinking about masters and alien cat-boys being kept as pets. Meow.

Faerie Path: A girl finds out she is a faerie princess, and has to save an Immortal World from evil.

Ghostbusters: Let’s face it, everyone secretly loves Ghostbusters…even if the first film did give me nightmares for years!

Koihime Soushi: Adorable cover art, for fans of Kamichama Karin. A girl has the power to make people feel love for her apart from one guy…

Maka-Maka – Media Blasters: despite a flash website which doesn’t seem to have been updated for a year or so, this does seem to be available to buy. This is HUGELY EXCITING for any fans of girl-girl manga, it’s the series that made me glad I’d started reading yuri/shoujo ai – so I’m so glad to see it published!