New Manga: October 2008 has been updated with Tokyopop’s releases, a yaoi, and an exciting yuri title!

The Dawn of Love – June

Higurashi When They Cry – Yen Press

We Were There – VIZ

The Akiba: A Manga Guide to Akihabara – Japan Publications Trading.

Greek and Roman Mythology: The Tales of the Gods – YoungJin Singapore Pte Ltd.

The Manga Guide to Statistics – No Starch Press

If you haven’t heard of Higurashi no Naku Koroni…where have you been? I’m sure lots of otaku are bouncing up and down with excitement over Higurashi When They Cry.

I can’t find out much about the storyline of Yokaiden, but it’s supernatural, and judging by Nina Matsumoto’s website, I’m looking forward to it.

If you can’t get enough of anime where the females treat their male as a pet slave, then Captive Hearts is for you! Megumi is cursed to be Suzuka’s slave, but in this case it seems it is not ideal for her, so perhaps it will be a refreshing take on the situation. There’s a role reversal in Inukami, where boy meets girl Inukami and gets more than he bargained for.

In 07-GHOST magical boy Teito struggles in an academy. This has great reviews, but why not decide for yourself with the 25 page manga preview.

Girls handcuffed to each other with swords! That should be enough to lure people over to Hayate X Blade. *Grin*

I’m wondering how to pronounce Suihelibe, the cover art certainly looks colourful and exciting, boy meets alien girl in a story suitable for all ages.

Anyone remember that strange sci-fi anime where the beautiful clothes patterns moved differently to the surrounding movement? Anyone else get excited about it? If so you’ll be as intrigued as I am by the Gankutsuou manga adaptation!

Go West is about a Japanese girl in the Wild West…so another publisher hoping to cash in on manga that translates to a Western audience?Â  For fans of Western influenced anime. I wonder how it compares to things like Gun X Sword and Afro Samurai.

You might be more excited about We Were There, if you realise it’s the manga that Bokura ga Ita was based on. I’ve only seen one episode which seems like a very sweet, slice of life, romance with pretty artwork.

Girl meets ninja in, Shinobi Life, a romance from Tokyopop, great for girls who get the hots for ninja? Sounds of Love might appeal to fans of La Corda D’Oro or Nodame Cantabile who wish it was a bit steamier, considering this is a mature release.

If you haven’t been overloaded with the harem genre, Ai Yori Ayoshi is being compiled into one big volume!

For fans of Manga Shakespeare, Othello and As You Like It are out this month. 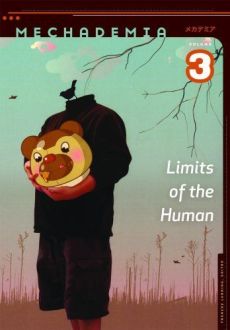 OK, technically Mechademia isn’t new, but I feel it’s worth bringing to people’s attention. “Exploring the possibilities and perils of a posthuman future through visionary works of Japanese anime and manga.” How could you resist? Anyone interested in the Japanese vision of the future in anime and manga should be given something to think about.

The Manga Guide to Statistics…eh? After squinting at the screen to see if I’d read that right, it’s actually great to see manga being used as a helpful teaching method. I’ve met so many people who loath statistics – maybe this can make it a little fun? Edumanga woohoo! The sample pages made me smile, no wonder it’s a hit in Japan. If you’re falling off your chair in excitement, No Starch Press with be publishing the Manga Guide to Databases, and the Manga Guide to Calculus soon!

The Manga Guide to Akihabara looks like a must buy for anyone wondering what to do on their geeky holiday to Japan!

For budding manga artists the Drawing Manga Kit looks colourful and fun. It’s the sort of thing I would have liked as a stocking filler when I was a kid! Fun with Pokemon looks like a better way to entertain younger children who would rather play games than draw pictures.

Comikers Art 3 is another series which isn’t new, but would be of interest to anyone learning about the art of manga storytelling. You might even buy it for the artwork, if the beautiful cover is anything to go by. It appeals to me, because I want to see guides to creating manga that appeal to me visually, far too many how-to-draw-manga books are drawn in an unappealing way. They have a cute widget counting down the hours until you can purchase it on their website, not really relevant but ever so cute!

Greek and Roman Mythology is aimed at 9-12 year olds to introduce them to the gods, it seems to be the first in a series of at least 3 volumes.

Diehard Bleach fans will want the Bleach SOULs character book as it comes with stickers, a poster, manga and more! I’m not sure what makes the Collector’s Edition of Dragon Ball (and Dragon Ball Z) different (it’s a hardback?) but fans have plenty to enjoy considering the art book was published last month.

Overall this month, plenty of variety on the manga front even though there are fewer releases (those lookng for horror should stick to October’s releases), as always, lots for the yaoi fans.