I felt it would be more enjoyable to flick through all the manga scanlations released in a week (within reason, I can’t be bothered to post on forums or use IRC) than to just look at new releases. That way I can pick up on interesting manga I would otherwise have missed, and see which series I previously enjoyed are still going strong.

I just want to keep a virtual scrapbook of my favourite character images, pretty artwork and emotional scenes.

Favourite cute image as the raccoon tells its sad tale. 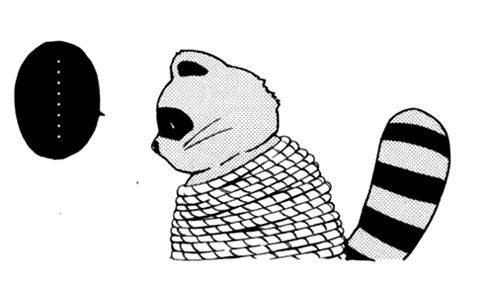 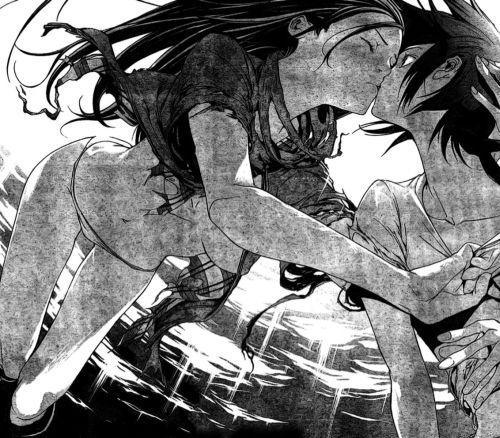 Only a few pages of this so far but I like the character art and humour.

BioMeat (SnoopyCool)
I got excited about this when it first appeared as a scan, still preserving the scary atmosphere, recommended for people who like Alien films! 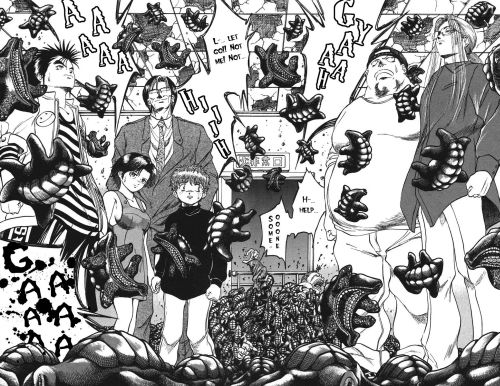 Nothing like a severed head to catch my attention. It’s an interesting combination of prisoners on death row and the deadly games they must play in order not to be poisoned to death. 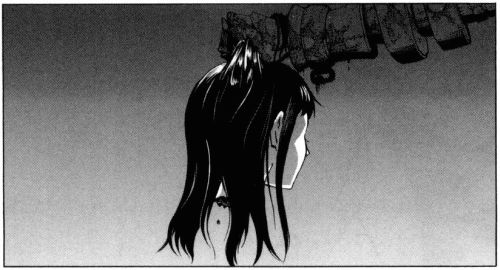 Most yuri I’ve read are weak in terms of plot and overall art, but occasionally they have their cute soppy moments. 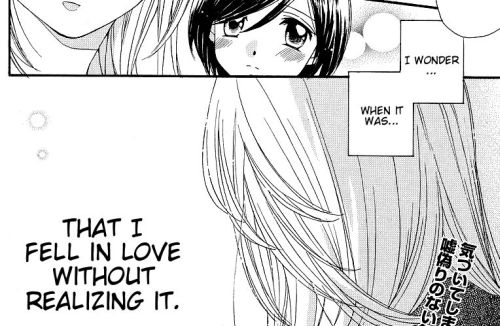 The monster artwork is impressive. 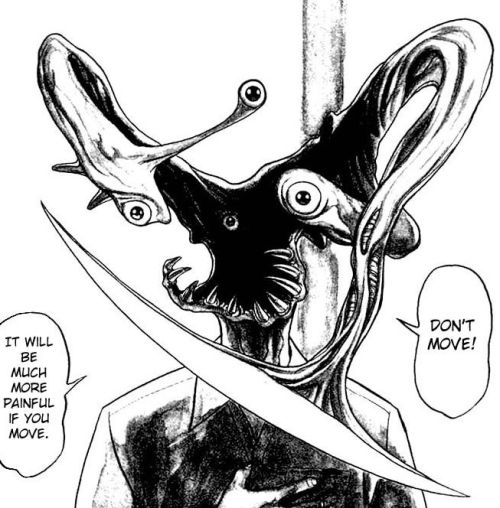 What I found particularly interesting is the relationship between the parasyte and the human. *SPOILER* At first he hates it and wants to cut it off, then grows to live and adapt with it, then I found it quite sad at the prospect of it almost dying and ultimately fading dormant into the background of his body. 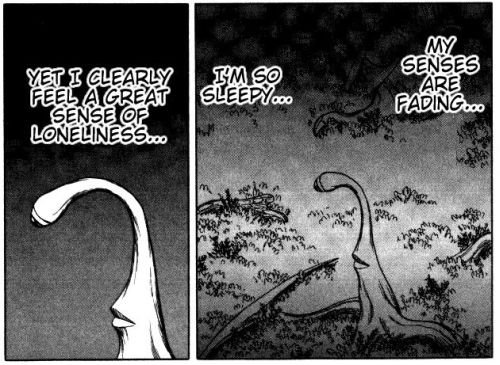 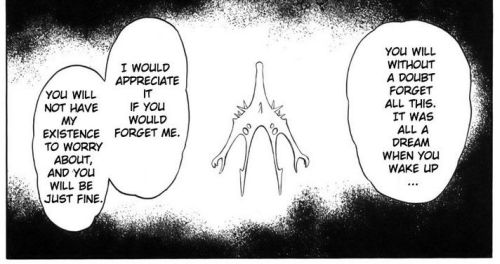 I didn’t think I’d stick with the story right until the end, but there were enough plotlines/characters to maintain my interest and it dealt sympathetically with the human/parasyte interaction. I was particularly touched by the *spoiler* moment where son meets mother and refuses to see what is staring him in the face – that she has been taken over by a parasyte and will kill him! It questions how much you know about yourself, and the fine line that separates humans from heartless killing monsters. Think you can buy Parasyte from Tokyopop/Del Rey, it’s worth checking out if you’re a horror fan, or just like a good story!
Robot (The Rabbit Republic) 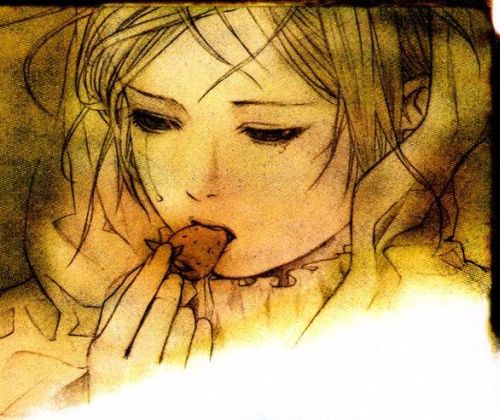 Pleasantly surprised by the sketchy artwork of this raw manga, hope it gets translated!

Not sure what manga this is from, liked the pose.

Very mysterious atmosphere and unusual character design, meant I couldn’t delete this one. Think I’ll go back to the beginning and read the story. 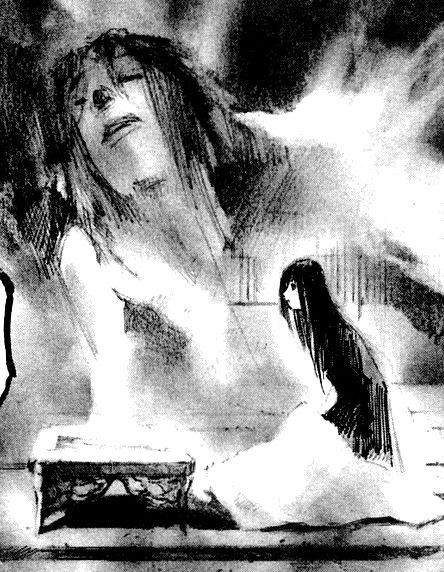 Vinland Saga (Anonymous Spore)
I’d just started thinking, oh dear, Vikings, violence I’m not going to like all the gratuitous violence, when it started getting all emotional and poignant…hang on…so I looked it up and it turns out it’s by Yukimura Makoto, the same author as Planetes, no wonder I like it! Another story I want to go back to the beginning and catch up on. 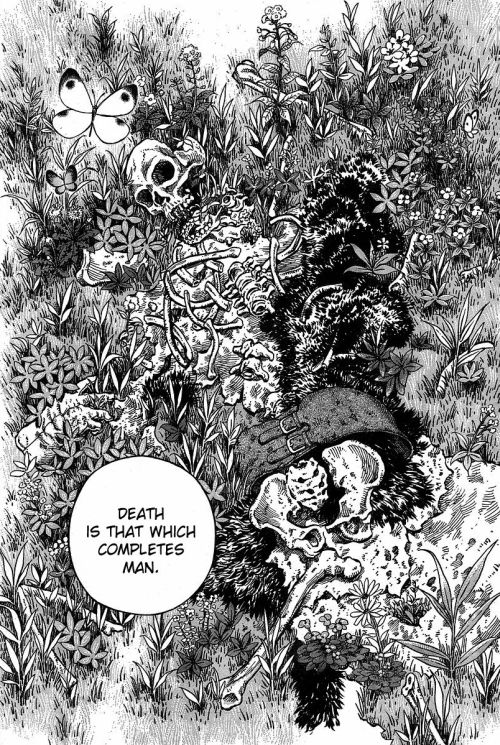 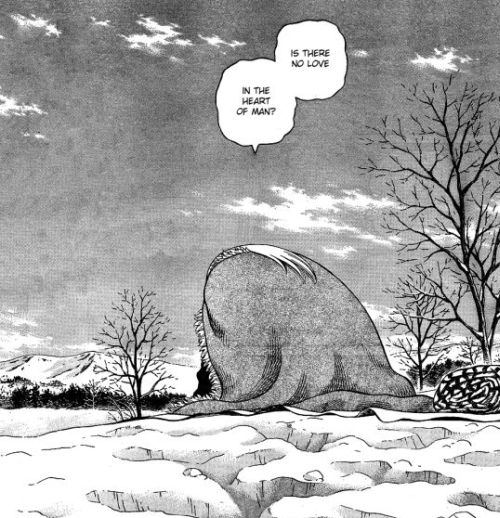