Ever since I saw the trailer for Brave Story 6 months ago I’ve been looking forward to its English subbed release, and for that matter, waiting for some magical force to transport me to Japan so I can see it…because clearly I was born in the wrong country.
The website is here. The scrolling pictures under the main picture are all links to wmp trailers!
Reasons to be excited

A fantasy with a dark twist and unique looking creatures.

‘Juno Reactor’ music featured in the film (after the intro ‘Guardian Angel’ for Texhnolyze I have high expectations).

There’s a dragon type creature in it, and I love dragons!

It has incredibly cute merchandise that I want now, even before I’ve seen the film… 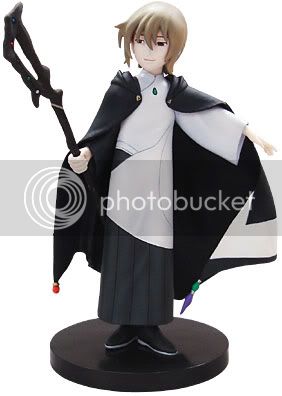 Brave Story is due for release in Japan on July 8th, hopefully it’ll be hitting American shores soon since Warner Brothers have secured the theatrical rights. They’re waiting to see how well it does in Japan before commiting to a release.

Did anyone catch Brave Story when it was screened at Cannes in May?

2 thoughts on “Brave Story: Trailers, Figurines and why I’m so excited about it…”