Revy causes bloody havoc on the ship, while Dutch searches for the painting, but she gets a little carried away. Dutch is concerned she gets trigger happy whenever a new member joins their team.

Meanwhile, Ratchman calls his superior to report the situation, and the nutty Fritz show’s off his gun a bit too long to the bored Revy! Dutch walks in while Ratchman is still apologizing, and his superior Alfred asks to speak to Dutch on speaker phone, we discover it was him who employed both Ratchman and Dutch as a test of Ratchman’s power (he’s non too pleases with this!). We find out that the painting holds a stronger meaning because it contains signed documents of Nazi accounts.

Revy, finally some more action, she’s in a dark place though.

Dutch, the voice of reason.

Fritz, the bad guys always talk too much…I think he’s trying to compensate for something. 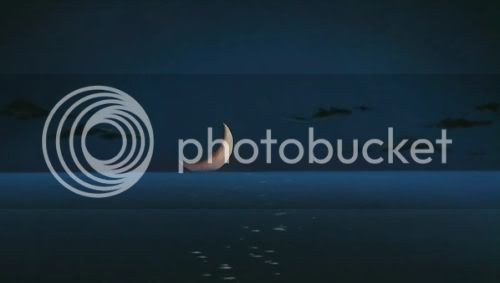 Overall, I was relieved with this episode; I think I needed to see some violence, after the two episode build up! I like the character depth to Revy, because she has unbalanced now that Rock has appeared, and more subtle things, like the helplessness of Benny and Rock who just have to wait…and the super calm way Dutch deals with their evil employer.